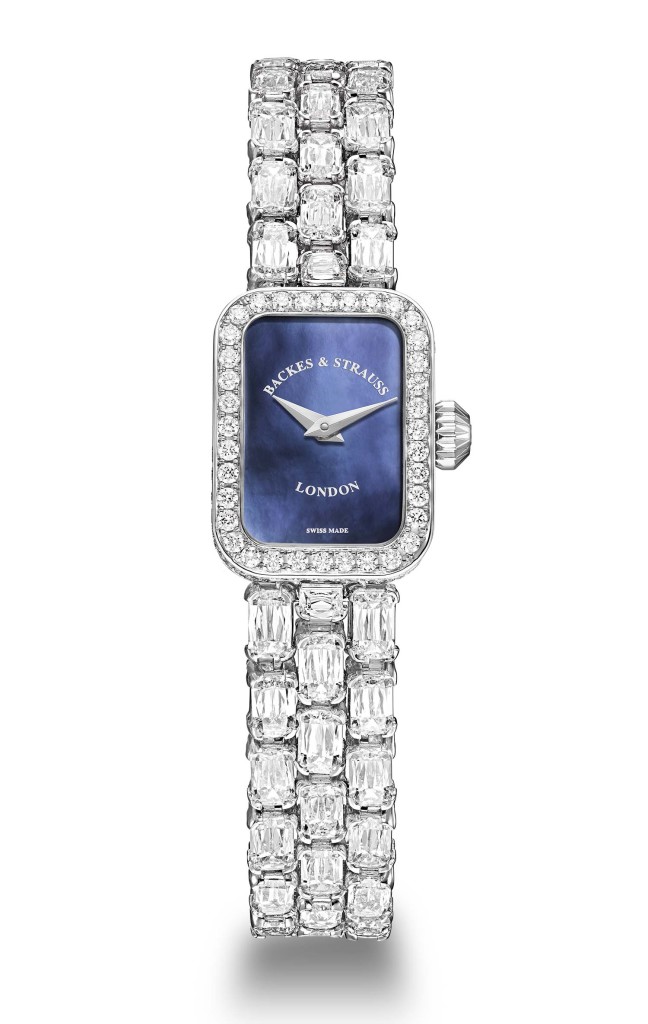 It could almost be considered a match made in jewelry and watch heaven. British Backes & Strauss works with American jewelry house William Goldberg to release the new  Royal ASHOKA® Empress collection of watches.  Masters of Diamonds, Backes & Strauss has developed the new line of one-of-a-kind diamond watches that brings William Goldberg’s exceptional ASHOKA® diamonds to the world of fine watchmaking.

The Ashoka(R) cut, patented by William Goldberg in 1999, is named for the spiritual leader Ashoka. It is a cut that has 62 facets displayed and rounded corners. The first watch to be set with Ashoka(R) diamonds for the new collection is the breathtaking Empress watch set with92 Ashoka(R) cut diamonds, 131 Ideal Cut diamonds and two baguette-cut diamonds for a total of 225 top qualty diamonds. (225 representing the number of years Backes & Strauss, the world’s oldest diamond company, has been in business). In total, the magnificent watch is set with 26.21 carats of diamonds. Future pieces can only rival this beauty — but, of course, these are one-of-a-kind watches — commanding prices that rival the finest mansions.