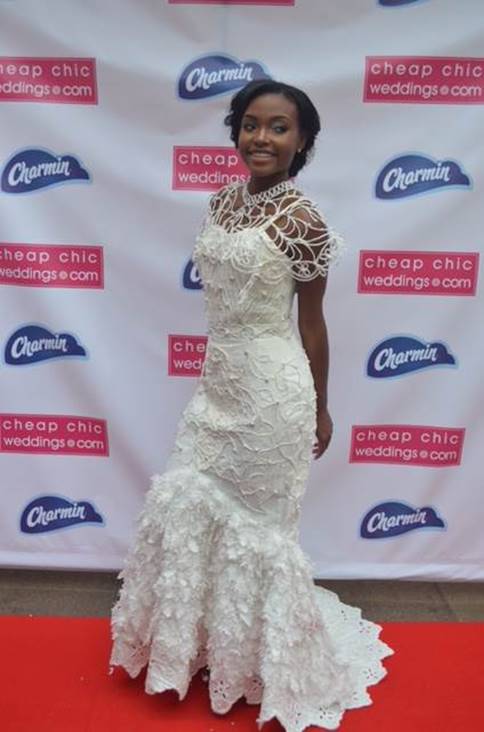 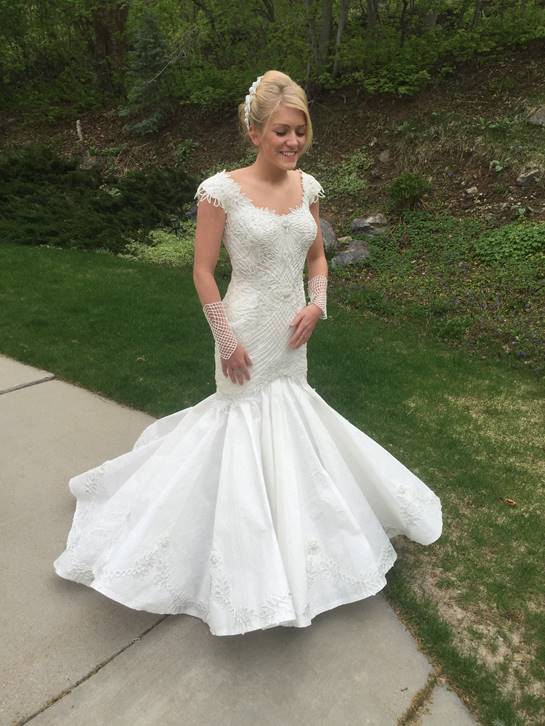 The remarkable creations by men and women designers with extraordinary skills were made using only toilet paper, tape and glue. They were also allowed to sew their garments. (Photo: Cheap Chic Weddings)

The winners were announced by  Cheap-Chic-Weddings.com and the Twelfth Annual Toilet Paper Wedding Dress Contest was presented by Cheap Chic Weddings and Charmin. Celebrity judge Mikie Russo,  member of OK! TV entertaining team, helped with the final judging which took place on Haven Rooftop at The Sanctuary Hotel in Manhattan.  Vicky Schooler of Charmin, Edward Meyer of Ripleys Believe it or Not, and The Sanctuarys Hank Freid were also on hand as a VIP Judges. This year, for the first time in contest history, the contest was live streamed via the Internet. 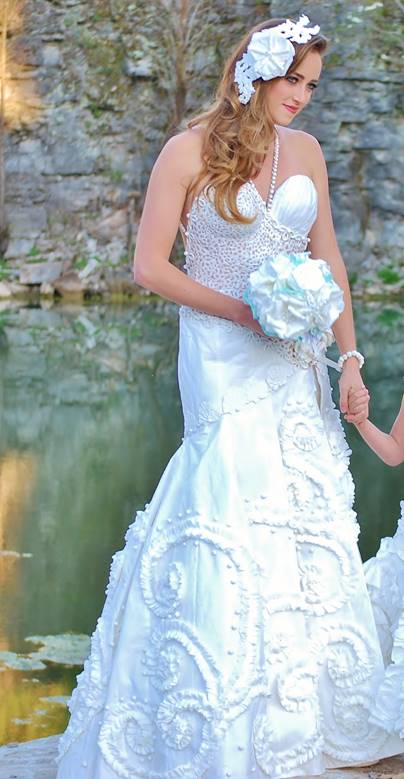 The third place gown made of Charmin.

Charmin, the toilet paper giant that brought “the go” to the forefront in television advertising, uses cuddly looking animated bears to get its messages across, including “Don’t just get clean, get Charmin clean.”

The big question is, what happens if it rains on your wedding day wearing one of these gowns?