Graff Diamonds is known as one of the world’s premier purveyors of diamonds.  Recently, on our Forbes.com column, Perfect Timing, we wrote about the  1,109-carat Lesedi La Rona rough diamond owned by Graff that was said to be the most valuable of its kind in the world. Graff first purchased  the diamond oabout one year ago in a  $53 milllion deal. It was the intention to cut that rough diamond – the second largest ever discovered — into a host of smaller diamonds to create a once-in-a-lifetime opportunity for discerning customers to own a piece of that rarity and history. Now, Graff unveils the first approximately 60 diamonds cut from that rough and created in scintillating pieces of jewelry. 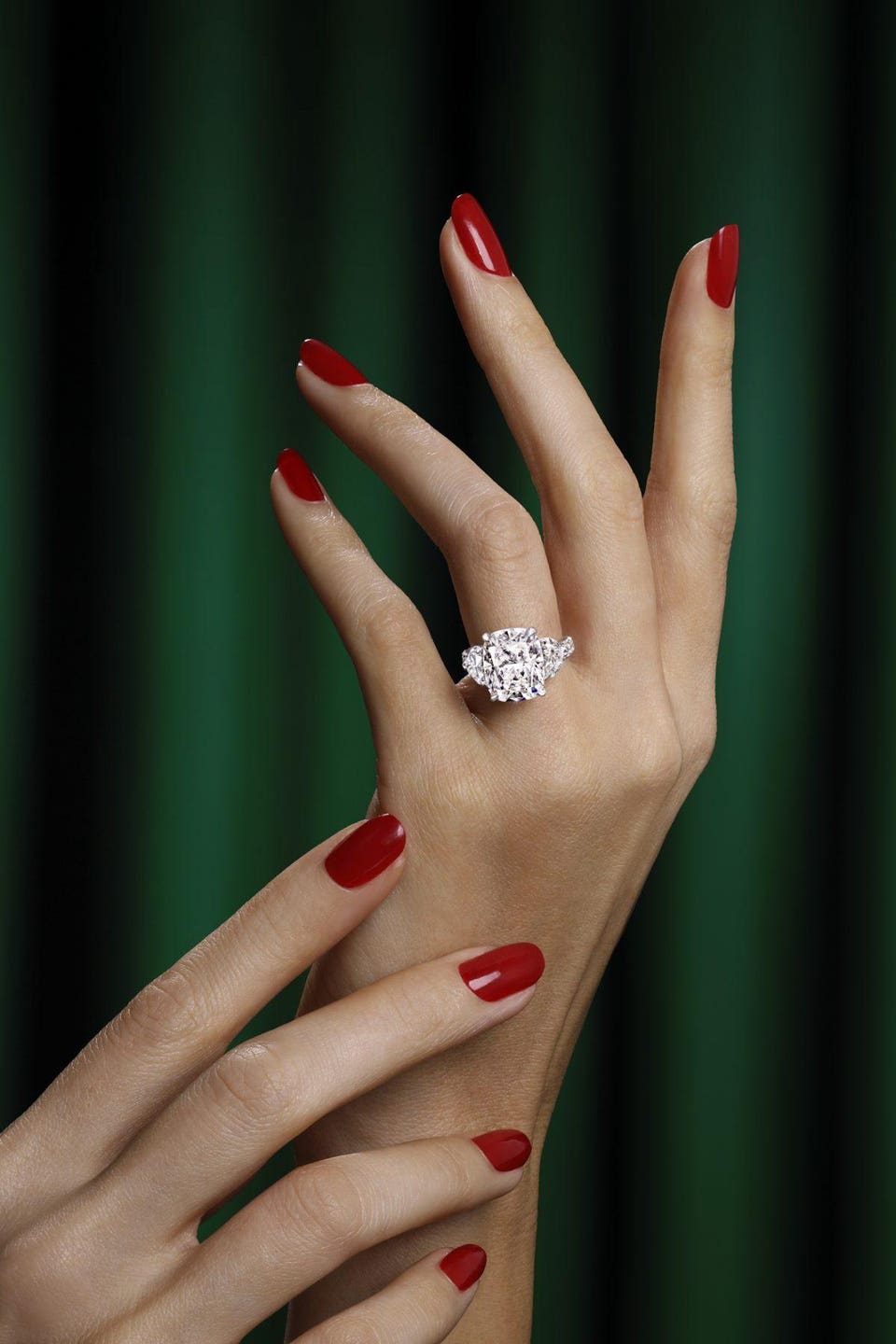 Each diamond cut from the Lesedi La Rona is D-color.GRAFF DIAMONDS

“The cutting of the Lesedi La Rona rough diamond, the largest rough diamond to be found in more than a century, was no small undertaking. It took master diamond cutters and gemologists more than a year of analysis, cutting and polishing before attaining the first 60-plus finished stones. While the main stone is still being worked on, Graff’s master designers took the first cut and polished stones – ranging in size from just under a carat to more than 100 carats each – and have incorporated them into extraordinary jewelry.” 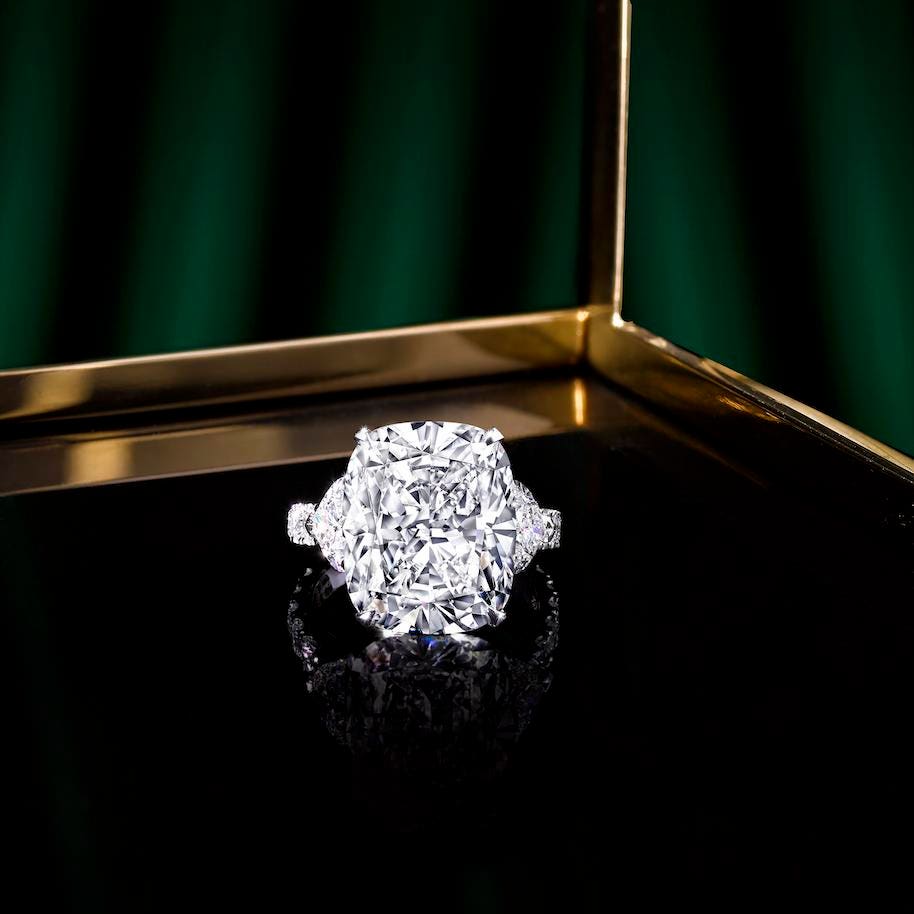 “Each individual diamond is of D-color (the highest grade for a diamond) and possesses exceptionally clarity. Each is verified by the Gemological Institute of America (GIA) and is laser inscribed with both Graff and Lesedi la Rona as proof of unique origin and as authentication. Each will have its own unique GIA number, as well. The first creations include oval, cushion and other fancy-cut stones that are elegantly set as solitaire rings, earrings and pendants so that each becomes a powerful center stone.” 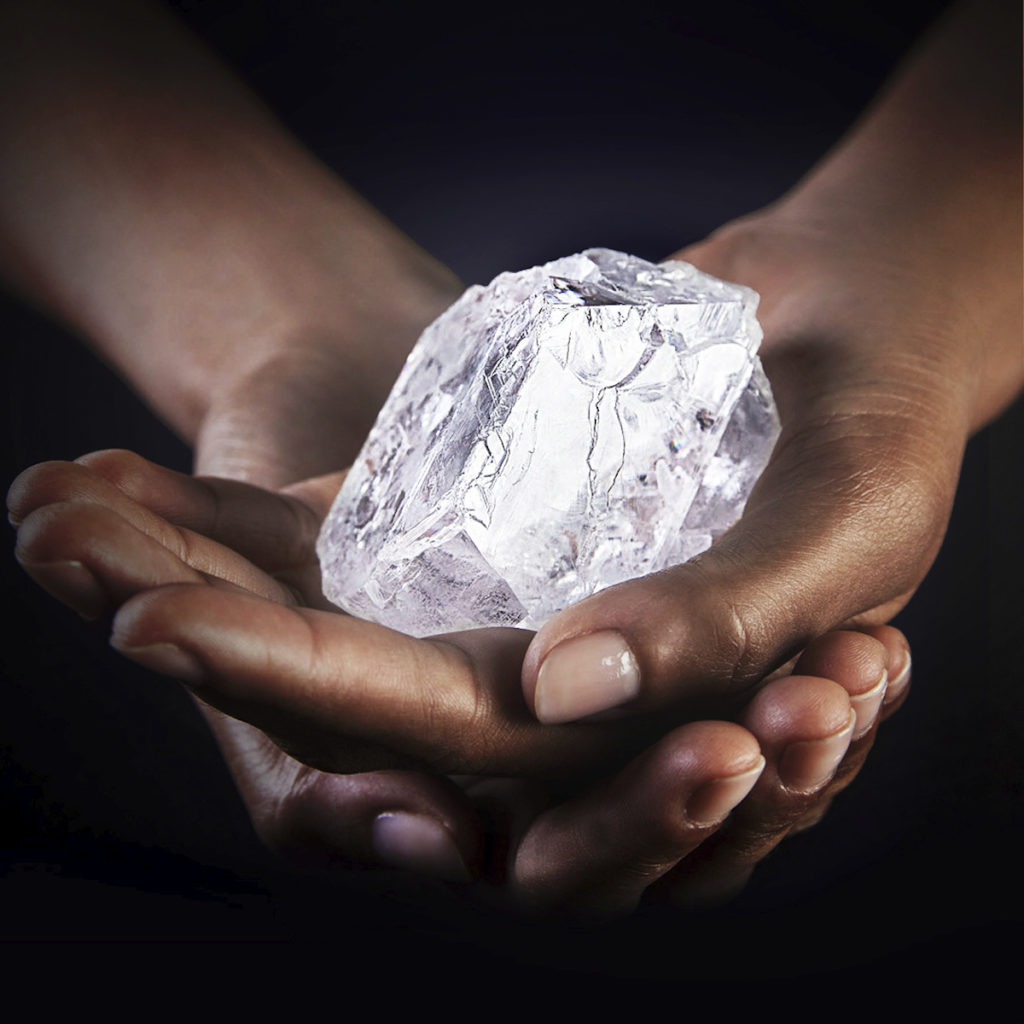 1,109-carat Lesedi La Rona Diamond before being cut by Graff Diamonds of London.