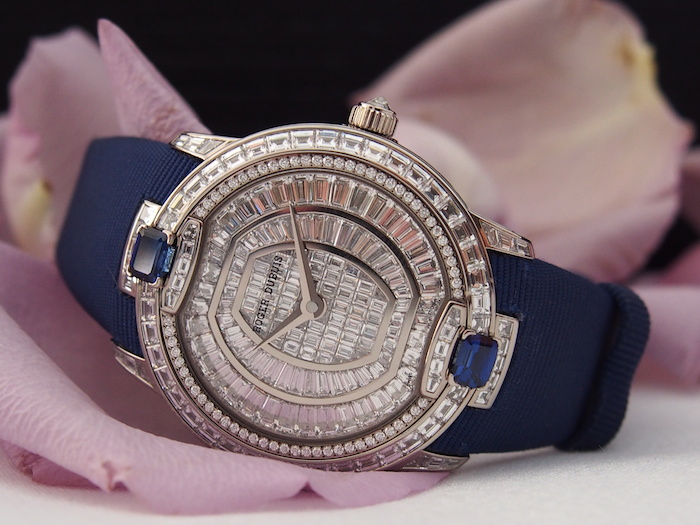 A brand with more daring soul than most, Roger Dubuis understands that women want a little bit of excess sometimes, too. As such, it blends just the right amount of – well – evocative spirit – into its alluring Velvet collection. These timepieces all house an automatic mechanical movement that displays the hours, minutes and seconds. The movement, as with all Roger Dubuis calibers, is made in house to meticulous standards and carries the prestigious Hallmark of Geneva. The new haute Joaillerie versions combine hundreds of diamonds and accent specialty gemstones for timepieces that glitter with every flick of the wrist. Setting these stones is no easy feat. In fact, depending on the design of the watch and the intricacy of its motif, gem setters can easily spend hundreds of hours on a single watch. 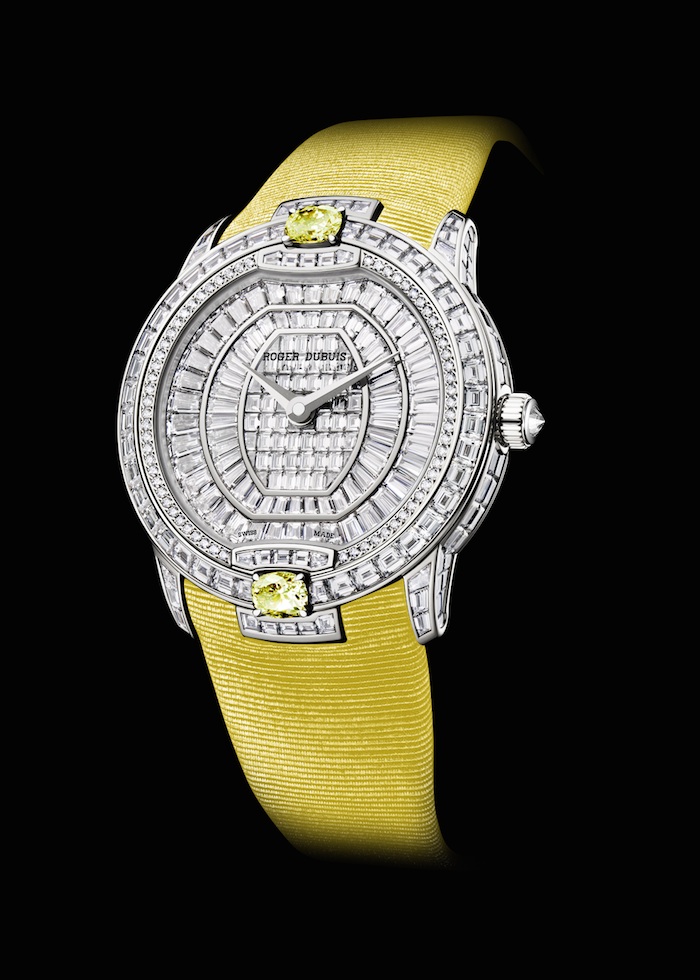 Here, we give you a little insight into the art od diamonds setting – not just at Roger Dubuis, but also within the watch industry at large. The most common types of settings for wristwatches are Pave’ for dials (wherein small stones are set so closely together they give a “paved” look), prong (where individual stones are set into a metal holder), channel (where the stones are set between two metal tracks), and invisible setting for bezels, cases and bracelets. The Invisible setting– wherein the stones are set so that they interlock, with no metal at all visible to the eye – was first invented in the mid 1900’s. The method, which offers a seamless run of diamonds or colored gemstones, has become one of the most favored in watchmaking. In the  latter half of the 20th century and the first decade of the 21st century, certain astute jewelry watch brands developed unusual diamond setting techniques of their own. Such settings today involve a random setting, a mixing of sizes of gems (snow setting) and other somewhat less structured, less symmetrical looks.  Often the type of setting used in the creation of these superbly entrancing beauties is determined by the cut or shape of the gems being used to bring the concept to fruition. The most popular shapes used in watchmaking are round brilliants, baguettes (rectangles), carre’ (squares) and – to achieve ribbons, bows, flowers and other motifs – marquise, pear and other fancy cuts.

A Roger Dubuis diamond-set watch on the wrist.

Because the work involved in creating these masterpieces is so time-consuming and meticulous, these watches often are created in just one-of-a-kind renditions, or in extremely limited numbers. Such is the case with these stunning women’s watches from Roger Dubuis. But just wait, you haven’t seen anything yet… what we really want to show you – we can’t we are under and embargo and can’t break the news for another month … so stay tuned.