Among the world’s most coveted items, the tourbillon has had particular resonance with the male A-listers, with everyone from Larry Ellison to Vladimir Putin wearing these super-mechanized watches. Until recently there was no equivalent for women who craved a similar luxury piece unless they bought a watch designed for men. “Women embracing larger watches in general, along with advances in the field of micromechanics, opened the market for women’s tourbillons,” says Ruediger Albers, president of jewelry company Wempe in America. “Previous offerings were clearly aimed at men but now women can choose from a variety of whirlwinds (the term is the English translation for tourbillon) to wear and for connoisseurship.”

Albers says female customers developed interest in tourbillons after seeing how enthusiastic spouses or male friends were about them. “Oftentimes you need to fully understand tourbillons to want to own one,” says Albers. “Women buyers tend to be more mechanically minded and have an appreciation for engineering.” 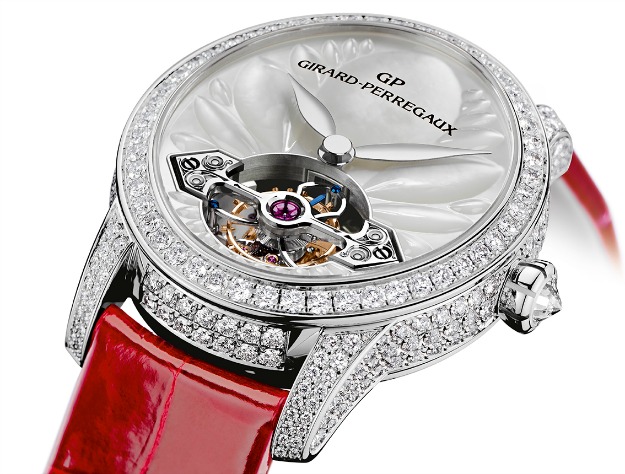 Financiers have liked tourbillons for their investment potential, too. Their outstanding design and engineering now have female watch collectors in a swoon. Women’s tourbillons are considered more difficult to produce than men’s as movement parts are more compact. “Throughout the history of the tourbillon, the craft has not changed, but the tooling has allowed us to make things even smaller,” says Albers. Despite such challenges, major luxury watchmakers like Jaeger-LeCoultre, Bulgari, and Jacob & Co. showed a new commitment to women’s tourbillons at Swiss watch fairs last spring.

tourbillons’ ascendancy as a luxury item—only 5,000 are made annually—has top watchmakers not only designing them for women, but also competing to introduce the lightest-weight or thinnest tourbillons, new flying tourbillons (which have cantilevered mechanisms), as well as double, triple, and quadruple tourbillons in an effort to create more accurate and more exciting timepieces in this category. 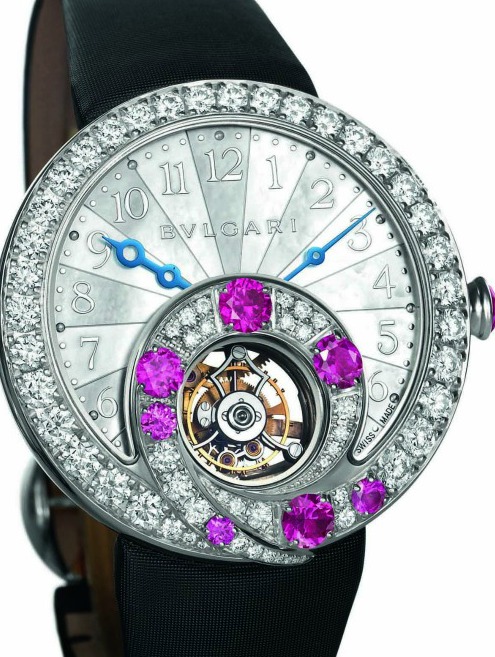 Although the tourbillon was conceived by French-Swiss Abraham-Louis Breguet in 1795, its recent popularity dates to the late 1990s. After years of luxe quartz timepieces, mechanical watches were increasingly sought out for their classic craftsmanship—and the more complications they offered, the more exclusive these items became. The making of a tourbillon, which works to counter the effects of gravity on a watch’s ability to keep time (an escapement and balance wheel are mounted on a rotating cage), is essentially a clock within a clock, and a most complicated and coveted horological feat. Even though women’s tourbillons are challenging to bring to fruition, requiring the skills of master watchmakers with dozens of years of experience, many are not created as limited editions. But by dint of the time required to craft a tourbillon, they are naturally limited in production. Waiting lists for top women’s tourbillon wristwatches can be a year or longer.

You can expect plenty of exquisite bells and whistles with the recently introduced women’s tourbillons. Jaeger-LeCoultre, which has been crafting watches with intricate complications since 1833, unveiled its Rendez-Vous tourbillon for women this year. Each piece of the watch’s 302-part movement, including a 22k rose-gold rotor, is hand-engraved and -polished. And there’s a lot more: a large aperture at 6:00 showcases the exquisitely finished tourbillon escapement; the center dial is iridescent natural mother of pearl. The self-winding Jaeger-LeCoultre 978 mechanical movement, which is built entirely in house, powers the 18k pink-gold watch, set with 228 diamonds weighing 2.6 carats. The piece takes several months to produce.

Bulgari draws on a rich legacy of crafting exquisite, innovative jewelry for its watch design, and this year the company outdid itself with the launch of the Berries Tourbillon Retrograde Hour watch for women. A limited-edition piece that takes more than six months to build, it is a work of art as well as technical mastery. The watch features a diamond-set oscillating weight, visible through the transparent sapphire caseback. A particularly innovative feature is the colorful three-dimensional gemstone-set swirl that joins the diamond-adorned case at 6:00 and moves onto the dial—framing the tourbillon aperture in jewels (two emeralds, two tourmalines, a sapphire, a ruby, and an amethyst). The dial is marquetry mother-of-pearl; the case comes bedecked with 91 diamonds. 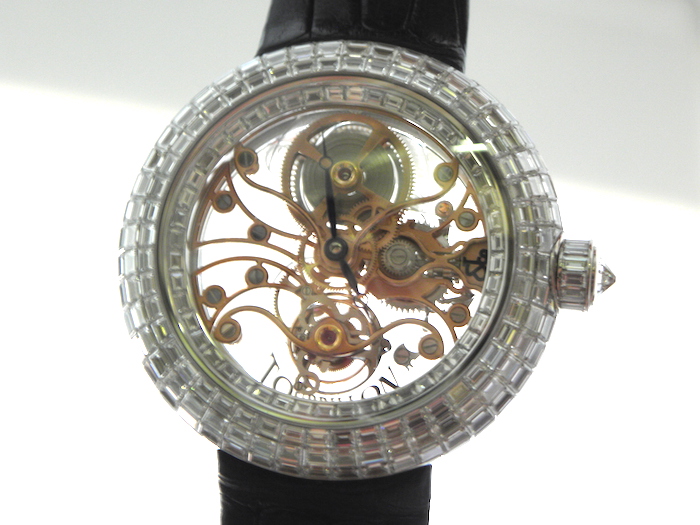 Among the most glittering of the new timepieces is the Brilliant Baguette Pink Sapphire Tourbillon at Jacob & Co. Although crafted in 18k gold, it’s barely visible with 36.75 carats of baguette-cut pink sapphires set for the case and dial. The challenge for this piece was to house the technical prowess of a tourbillon in such an extravagant case. That Jacob & Co. did so brilliantly is testament to the design and mechanical skills of this firm, a relative newcomer in the watch world.

“Our core strategy,” says Jacob Arabov, chairman and founder of Jacob & Co., “is to please and surprise our customers with innovative pieces and unconventional designs, while pursuing the quest for excellence in quality and relying on centuries-old Swiss watchmaking craftsmanship and techniques.” (A version of this article by Roberta Naas first appeared in Boston Common magazine.)